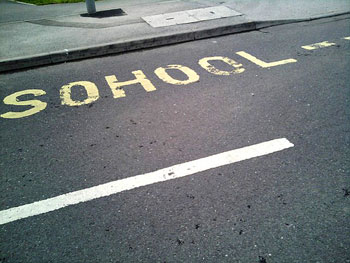 Since virtually all composition software has a built-in spell-checker, you’d think Internet sites would have very few spelling errors. You’d be wrong. A writer found that Twitter was ablaze with ludicrous spelling errors. As you read some of the funny examples, mouse over the words in bold to see what word each tweeter really intended.

I listen to all jonras of music.

I’d rather be skinny than have sellulight.

The third tweeter got the first letter right but evidently didn’t know Greek combining forms such as hypo, auto, and bio. In the last example, Missouri natives have a right to complain if the “autocorrect” feature of the tweeter’s spell-checker confused the name of the “Show-Me State” (Missouri’s license plate motto) with misery.

In this “spellbinding” lesson, you’ll be reminded why spelling is important. You’ll also learn a three-step strategy to follow when you edit your written work or the work of your peers. You’ll learn when to rely on the spell-checker and when to override it with your own good judgment. You’ll also learn how to keep lists of frequently misspelled words, including confusing homophones, and how to use mnemonics to help you remember the words you frequently misspell. At the end of the lesson, you will apply this three-step strategy to a proofreading exercise.