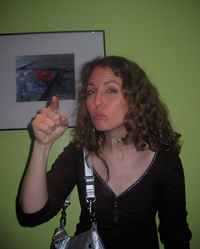 “Don't take that tone of voice with me, young man!”

Is there anyone who hasn’t heard something like this this before? Maybe a friend of yours told you a story about the time he got too fresh with his mom about something silly? This illustrates what tone can do for a situation. In a text, it is the same thing: Tone is the attitude of the author, or the characters (or narrator), in the story.

Tone differs from mood in that mood is what the reader feels reading the text written by the author. Both tone and mood (and style, for that matter) are affected by the elements the author uses in the story. In much the same way a chef adds salt or pepper to a dish, an author adds dialogue, uses literary devices such as irony, metaphors, and similes and other figures of speech, makes choices about diction, and uses syntax and sentence structures to improve a story.

There are as many choices for tone as there are adjectives. Some examples of tone are as follows: 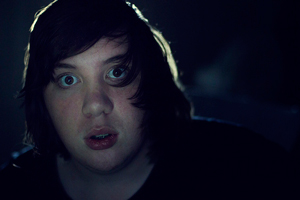 In the passage below, the writer uses several literary devices to achieve a suspenseful tone, thereby creating a mood of tension for the reader. Read the passage and answer the questions that follow.

He knew they were there; he could hear them scratching inside the walls as he passed through the dark passageway. He wasn’t frightened. There was a light at the end of the hall, and it was toward this that he walked, slowly at first, then with more urgency.

He could hear their minds all right, but it sounded like scratching, the static between stations, nothing more.

Once again he regretted his gift.

The light became brighter, illuminating more and more of the filthy hallway. The scratching between the thin plaster walls seemed to reach a crescendo as he approached the brashly lit city street. It was too much. Unable to maintain the first rule of his training, he felt himself losing control of his mind. Suddenly his thoughts broke loose and burst free, running together like a child’s fingerpaint left out in the rain. Fast and erratic they came, noisily bouncing from one to another, crashing against the strange cacophony in the street, faster and faster as if to keep time with the end of the hallway and his release onto the busy street.

1. The word “their” creates suspense through—


a. the writer’s use of unnamed people
Correct!

2. The word “scratching” creates suspense through—


b. repetition and onomatopoeia
Correct!

3. “Suddenly his thoughts broke loose and burst free, running together like a child’s
fingerpaint . . .” creates suspense through—

The reader can’t help but feel a little of the suspense indicated by the text because the author takes such great pains to use descriptive language. The reader has a clear image of what the character is experiencing as he runs down the mysterious hallway. The author chooses words (diction) carefully to paint the most vivid picture possible, words such as “scratching,” “crescendo” (getting louder), and “brashly” (aggressive, harsh). All of these words add to the suspenseful tone of the text and to the creation of a suspenseful mood for the reader.

In the text above, the author uses another literary device to achieve a suspenseful tone: simile.

He could hear their minds all right, but it sounded like the whispers you hear through a closed door. Suddenly his thoughts broke loose and burst free, running together like flooded streams in a Texas downpour.

Fast and erratic they came, noisily bouncing from one to another, crashing against the strange cacophony in the street, faster and faster like eager fans at a crowded concert when the doors finally open.

Now that you know what to look for to achieve a certain style and tone in your writing, you will get a chance to practice in the next section.