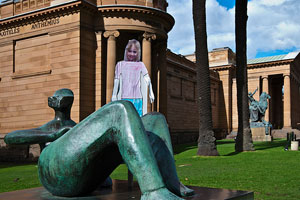 Now that we are thinking about ways to describe the characters, let’s also think about the kinds of characters that you can find in literary works. 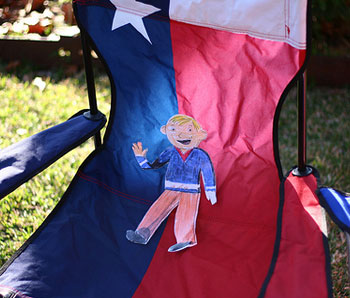 Flat characters are two dimensional in that they are relatively uncomplicated and tend to stay the same throughout the course of a work. By contrast, round characters are complex and often change, sometimes enough to surprise the reader.

Round characters (also known as developed characters) are those who change over the course of the story. They have many traits, are realistically portrayed, and sometimes are not easily described or understood because they can change in response to events or other characters. Most main characters in stories are round. You can use round characters to bring home to your reader the main messages of your story by showing the reader how a character responds to events and issues. Harry Potter and Katniss Everdeen are round characters, and if you think back to their stories, you will begin to understand how a writer shapes characters so that they respond to events in the plot.

Flat characters, on the other hand, are not well developed, do not have many traits, and are often stereotypical. For example, they are likely to be all good or all evil. The Big Bad Wolf in “Little Red Riding Hood” and the Giant in “Jack and the Beanstalk” are examples of flat characters. Most minor characters are flat. You can use flat characters to help advance the plot of your story through their interactions with your round (main) characters.

Here is a list of characters in well-known works of literature and film. Drag and drop them into the appropriate column.