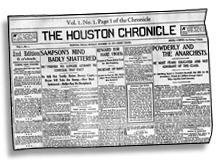 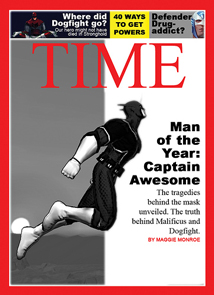 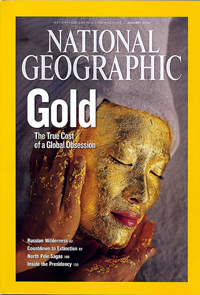 Having written your share of essays, you are familiar with the five Ws and one H, the six questions you must answer to craft a clear and concise text: They are Who, What, When, Where, Why, and How. The same is true for writers who report the news, with one major exception. The arrangement of the material in the text is often inverted, meaning turned upside down, like an inverted pyramid, so the important information comes at the beginning of the text rather than being spread throughout as it sometimes is in other types of texts. Authors design news stories this way with their audience in mind, enabling readers to get the essential information without reading the entire story.

Below is a selection from a New York Times article titled “Polar Vortex: Temperatures Fall Far, Fast.” See if you can spot the inverted pyramid style of writing.

Meteorologists called it “weather whiplash”—a drop of roughly 50 degrees in a matter of hours that took temperatures from 55 in Central Park on Monday morning to a record low of 5 overnight and an expected high on Tuesday of only 10. The last time temperatures in New York fell that much in such a short time, Warren G. Harding was in the White House.

The reason was a mix of atmospheric ingredients that came together to give New York a precipitous, once-every-few-decades swing.

It began with the polar vortex, an elliptical-shaped pattern of frigid winds blowing west to east and centered on the North Pole.

“The vortex is normally very stable and keeps air bottled,” said James E. Overland, a scientist with the National Oceanic and Atmospheric Administration.

In the last week, though, a kink developed in the vortex’s winds, delivering arctic air to the Plains and the Midwest, forcing warmer air out of the way.

Weather Underground’s historian, Christopher C. Burt, said temperature drops like the one forecast for New York were not unprecedented. “You go back 100 years, and you’ll see a lot of times when this has happened,” he said.

Drops tend to be more rapid and extreme in the Midwest and Plains than on the East Coast. In the nation’s midsection, there is little to stop the onrushing Arctic air, and the Rocky Mountains tend to hem the cold air in.

This can create a “Blue Norther,” a temperature drop of dozens of degrees in a few hours. On Nov. 11, 1911, in Oklahoma City, for instance, the temperature plummeted from 83 degrees in the afternoon to 17 at midnight.

“It’s pretty rare that you’d have the equivalent of a Blue Norther over the East Coast,” Mr. Burt said.

You can see in the article that the author loads the first few paragraphs with the important information. You probably understood the point of view easily in the first paragraph where you read the following:

If readers do not have time to read any further, they will be able to understand the gist of the article.

One other point about many news articles in print media: The articles make good use of the headlines. As mentioned at the beginning of this lesson, sometimes authors, reporters in this case, use a large font to announce the main idea of the article. They also search for exactly the right words and phrases to describe the article. This is important because the medium of the news story has a limited amount of space.

Let’s see how the weather story in the video below compares with the print version in terms of techniques and design. Some of the techniques available to the filmmaker are sound (voice, dialog, music, and sound effects), camera work (angles, close-ups, lenses, and methods), and editing (putting camera footage together).

Now you will view a video. Pay attention to the way the producer presents information and events. Watch and listen for clues about how the producer develops a point of view. Here are a few clues to look for:

Use your notes to jot down some of your reactions related to the information above. Thinking about the five Ws and one H and the advertising techniques you have read about, note how authors of the print and video stories use different techniques to achieve the same goals. When you are finished, check your understanding to view a chart comparing techniques in the two media used when reporting this story.