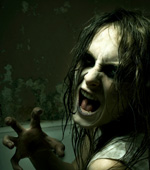 The ultra-summarized version of
The Collected Work of Stephen King 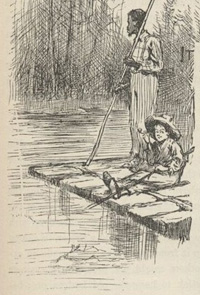 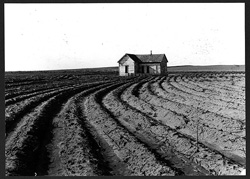 Our farm has been taken away. Let’s go to California.
(They do. On the way, there are calamities, and people DIE,
because this is the Great Depression when times were HARD,
and it was a struggle just to hold on to one’s DIGNITY.)

The purpose of summarizing is to give a brief, objective account of what a lengthy passage says without going into specific details or examples. Summaries are similar to paraphrases in that they are indirect quotations in your own words; unlike paraphrases, however, summaries greatly condense information by capturing just main ideas. They might, for example, reduce a whole page to one sentence, trim an entire chapter or long article to a paragraph, or shrink an even longer source to a few paragraphs. Remember to document and cite summaries because the ideas are not your own.

Now read the following passages. When you’re finished, read the two summaries. Select the one that is accurate and complete.

Black male critics were much harsher [than white critics] in their assessments of [Zora Neale Hurston’s Their Eyes Were Watching God]. From the beginning of her career, Hurston was severely criticized for not writing fiction in the protest tradition. Sterling Brown said in 1936 of her earlier book Mules and Men that it was not bitter enough, that it did not depict the harsher side of black life in the South, that Hurston made black southern life appear easygoing and carefree. Alain Locke, dean of black scholars and critics during the Harlem Renaissance, wrote in his yearly review of the literature for Opportunity magazine that Hurston’s Their Eyes was simply out of step with the more serious trends of the times. . . . The most damaging critique of all came from the most well-known and influential black writer of the day, Richard Wright. Writing for the leftist magazine New Masses, Wright excoriated Their Eyes as a novel that did for literature what minstrel shows did for theater, that is, make white folks laugh.

From pages vii-viii of Mary Helen Washington’s foreword to the 1998 reissue of Their Eyes Were Watching God by Zora Neale Hurston (New York: HarperPerennial, print).


Many of the [New York City] schools with the most devastating academic records are also physically offensive places. At Morris High School, where less than 70 of the 1,700 children in the building qualified for graduation in the spring of 1993, barrels were filling up with rain in several rooms the last time I was there. Green fungus molds were growing in the corners of the room in which the guidance counselor met kids who were depressed. Many of these schools quite literally stink. Girls tell me they won’t use the toilets. They rush home the minute school is over. If they need to use the bathroom sooner, they leave sooner.

From pages 151–152 of the 1995 book Amazing Grace: The Lives of Children and the Conscience of a Nation by Jonathan Kozol (New York: HarperPerennial, print).

For additional examples, refer to the lesson “Summarizing Texts of Varying Lengths.”