You’ve identified contradictory or antithetical terms in films, books, and speeches. Now you will look for these terms in poetry. In addition, you will think about the paradoxical claim that the poet is making in each poem. According to the American Rhetoric Web site, the apparent contradiction in a paradox evokes some measure of truth and conjures a new way of seeing or understanding. This “measure of truth” or “new way of seeing” will enable you to evaluate the author’s purpose. 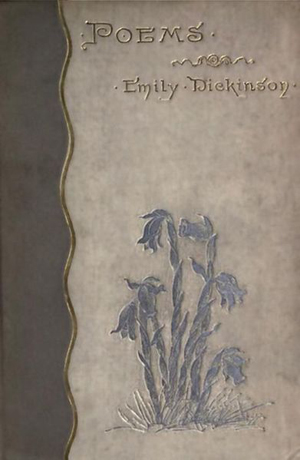 Emily Dickinson was an American poet living in the mid-nineteenth century. She was known for her odd manners: being reclusive, refusing visitors, and sometimes for months speaking to people only from behind the door of her room. Dickinson kept her poems private and hidden, even asking her sister to burn them after her death.

Her poetry is filled with antithetical and contradictory language that at first glance seems to be comprehensible only to Dickinson herself. Initially critics assailed her work for its unusual poetic structure and use of language but later came to appreciate its innovation. Today many people read and study Dickinson’s work and experience the shock of recognition—the sudden understanding that you are not alone in having a feeling or experience—as they read her poetry, thus revealing the power of paradox in poetry.

Read the poem below and consider the words that Dickinson uses.

Much madness is divinest sense

Much madness is divinest sense
To a discerning eye,
Much sense, the starkest madness.
’Tis the majority
In this, as all, prevail:
Assent, and you are sane;
Demur, you’re straightaway dangerous
And handled with a chain.

Click on the contradictory terms in the Dickinson poem above. When chosen, the correct terms will highlight in yellow. Hint: Start with the title, which in Dickinson’s works is derived from the first line of the poem since she did not title her poems. When you’re finished, check your understanding. 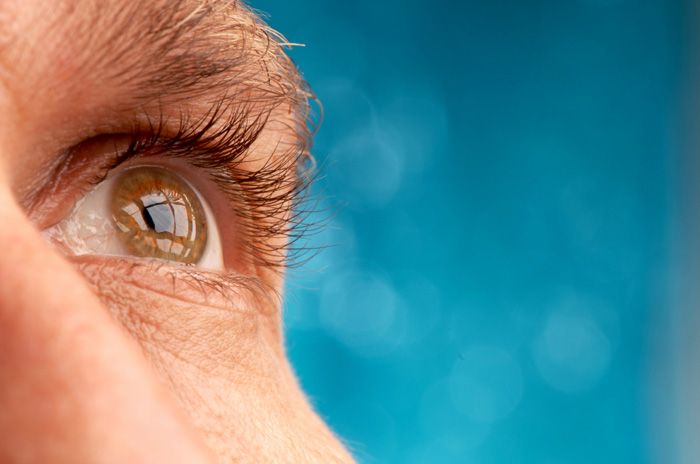 You might have clicked “madness” and “sense” because they are contradictory terms. “Assent” and “demur” are other antithetical terms in the poem. Notice how Dickinson reverses the order of “madness” and “sense” in the first and third lines. In line one, she seems to be equating madness and sense as comparable concepts. But in line three, sense takes on a new meaning. What the “majority” perceives as sensible is actually “madness” to the individual—the “one discerning eye.”

Dickinson's assertion is that if you agree or assent with the prevailing group in society, you are considered sane. If you disagree or demur, you’re a threat (dangerous). What do you think Dickinson means by “handled with a chain”? In Dickinson’s mid-nineteenth century world, who might be taken away in chains? If you thought of criminals or the insane, you would be correct. Perhaps Dickinson used paradox here to express that, for her, nonconformity and dissent were more sensible (sane) choices than conformity and agreement.

The next poem you will analyze is “The Send-off” by Wilfred Owen (1893–1918). A “send-off” is a festive farewell. In thinking about context, consider the date of his death and ask yourself what might have caused him to die. If you speculated that he was killed in World War I, you would be absolutely correct. Owen was one of the most important British poets writing about the First World War. He died in battle in November of 1918, just days before the war ended. Given this information, you are probably already thinking that the title of his poem is paradoxical if he is referring to soldiers being sent off to war where many will be injured or lose their lives. 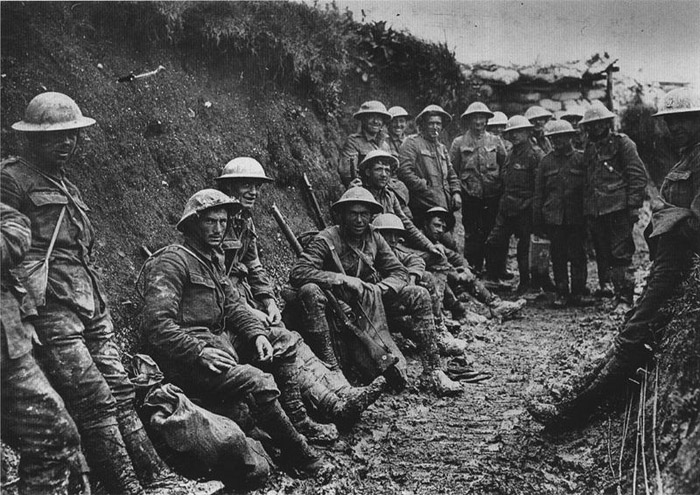 Down the close, darkening lanes they sang their way
To the siding-shed,
And lined the train with faces grimly gay.

Their breasts were stuck all white with wreath and spray
As men’s are, dead.

Dull porters watched them, and a casual tramp
Stood staring hard,
Sorry to miss them from the upland camp.
Then, unmoved, signals nodded, and a lamp
Winked to the guard.

So secretly, like wrongs hushed-up, they went.
They were not ours:
We never heard to which front these were sent.

Nor there if they yet mock what women meant
Who gave them flowers.

Shall they return to beatings of great bells
In wild trainloads?
A few, a few, too few for drums and yells,
May creep back, silent, to still village wells
Up half-known roads.

Watch the video that follows and look for a photo of the young Wilfred Owen in his uniform. Pay attention especially to the way in which the video editor created visual paradoxes by choosing specific images to represent the poet’s words and help you understand Owen’s purpose.

Hint: Some of the most powerful and paradoxical images will be repeated for effect.

Using your notes, try to list three visual paradoxes you saw in the video. Keep in mind that these are photographic images intended to represent the verbal paradoxes Owen created.

There were other images as well, but the negative ones of guns, injury, and gravestones seem to outweigh the positive ones of affectionate farewells. This series of images clearly suggests Owen’s point that despite the ways in which war is sometimes glorified (as in the festive send-off of trainloads of soldiers), the reality of war is indeed grim. Note that Owen describes the soldiers as having “faces grimly gay.”

Remember that in evaluating paradox, you (1) identify the paradox, (2) consider the context in which the author used the paradox, and (3) evaluate the purpose of the paradox by identifying the claim the author is making through the paradox.