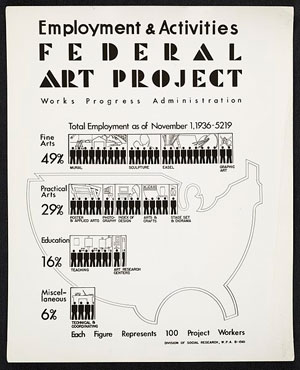 John Steinbeck’s excerpt and Woody Guthrie’s song lyrics reveal that the Great Depression was a time of great hardship. Other literature written during this period was also serious in tone and had the purpose of informing the reader about what life was like for the unfortunate.

During this time period, the United States government created a work program for unemployed skilled laborers called the Works Progress Administration (WPA) as part of President Franklin Roosevelt’s New Deal. One program that included writers was the Life Histories project. Reporters traveled across the country and recorded life histories of everyday Americans. Some of the reporters’ best work focused on the stories and images of the Great Depression. The purpose of these stories was to let Americans know that no matter how bad they had it, someone else was experiencing similar hardships. These stories were not necessarily meant to entertain but to inform readers about the lives of other Americans around the country. 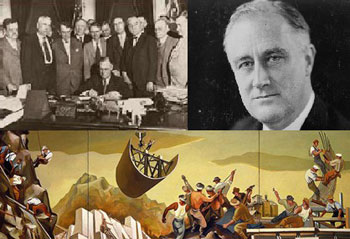 
Below are two excerpts from these stories. The first passage is about a man’s individual experiences and how he felt about his situation. Pay close attention to the words and phrases. Determine whether the tone is formal or informal.

The problem is how to get enough money to get out and look for a job. I owe plenty around town already. I don’t know anybody who’s very anxious to stake me. So I’m stranded, like so many other young fellows. We want to get out and work, find [ourselves?], do some living. But when you're busted flat it’s not so easy to do. It’s pretty tough, believe me. In the old days a young fellow could borrow money to get started with, but try and do it today. You’ve got to have security to get anything from the banks. And the finance companies soak you so much you can’t afford to clip them. All you do is hang around and drink too much, and wise-crack and laugh at everything because you feel licked and empty inside.

The second excerpt is a woman’s description of how her husband’s business failed and the family had to start over. Again, look at the words and phrases to determine whether the tone is formal or informal.

Several years previously, believing business would warrant such a venture, Joe had opened a business of his own. He carried practically the same line of merchandise as did the firms for whom he had worked, excepting of course the undertaking business. He sold carriages, buggies, wagons, fertilizers, and some commodities. He extended credit to the farmers; then when the depression came, he was unable to collect and consequently we lost our business and our home.

The boll weevil also got in its deadly work. They practically destroyed the cotton and damaged other crops as well. Prices dropped so low that what little the farmers were able to salvage brought almost nothing and consequently they had no money with which to meet their obligations. Sweet potatoes sold as low as 40 cents per bushel; corn as low as 50 cents, and other products sold accordingly.

Joe and I educated our children the best we could. We have given all of them a grammar school education and the equivalent of two years in high school.

After losing our business and our home we moved to Augusta and made a new start. The children secured work and it wasn’t long before Joe was able to pick up temporary work. I took in sewing and helped all I could. I have kept it up and at the present time I am in the dressmaking business with a friend on a 50-50 basis. 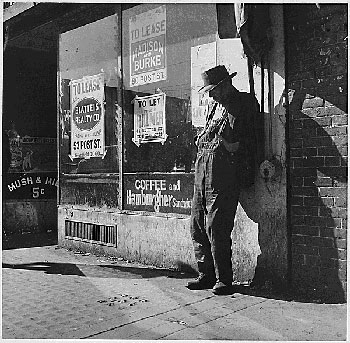 Using your notes, describe how these excerpts are similar, yet different in tone. Next, write about how they compare to the Steinbeck and Guthrie pieces in the previous section. When you’re finished, check your understanding to see a possible response.

In the first passage, Rodalus Richmond talks about how bad things have gotten for him and how impoverished the world is. The tone of his story is similar to the tone of hardship in the second story, but reads more like someone would speak. Even though Richmond copes with his situation by laughing it off, you get a sense of how dejected and hopeless he feels.

The second piece is more optimistic than Richmond’s, even though it describes an equally dire situation. The first piece sounds like Guthrie and Steinbeck’s work because of the harsh language and the hard feelings. Mrs. Byrd’s journal is less like Guthrie and Steinbeck because of the optimistic tone at the end. This second excerpt, which is more formal, also lacks the hard edge that the other pieces have.