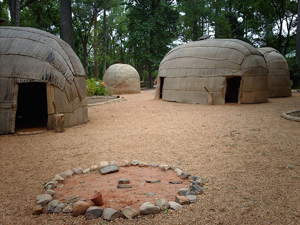 The Jamestown Settlement was the first English settlement in the New World. The community was made up of Puritans who wanted to practice their religion freely.

Suppose you read these sentences, and you don’t understand the word settlement. You are pretty sure that community means the same thing, based on the context, or surrounding text. You know that the Spanish word comunidad means “a group of people living in the same area,” but is comunidad a cognate of community? You also know that the Spanish suffix -dad is the same as the English suffix -ity, so you are pretty sure that they mean the same thing. You want to be sure that community and comunidad mean the same thing, so you substitute the meaning of comunidad in the second sentence to see if it makes sense.

The Jamestown Settlement was the first English settlement in the New World. The group of people living in the same area was made up of Puritans wanting to practice their religion freely.

Yes, this makes sense, so you determine that settlement means the same, or almost the same, as community.

Let’s discuss a few different context-clue strategies that you can combine with your knowledge of cognates to help you better understand what you read. 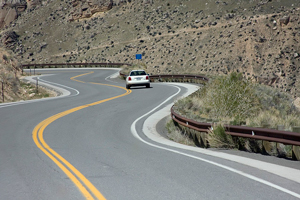 You can analyze the surrounding context of an unfamiliar word for synonyms. The passage may contain words that mean the same or nearly the same as the word you don’t understand. You can use your knowledge of cognates to find synonyms for the unknown word. Read the example below.

The road took a precipitous turn. It was so abrupt that the driver almost lost control of the car.

The word precipitous has a synonym, abrupt, in this sentence, but you are not sure what either word means. However, you do know the Spanish word abrupto, which means “sudden,” so you can tell from the context that the road took a sudden turn. This makes sense within the sentence, so you can tell that precipitous means “abrupt” or “sudden.” 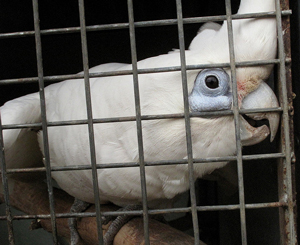 You can also analyze the context of unfamiliar words for antonyms. Sometimes you can figure out what a word means by knowing what it doesn’t mean. Read the example below.

Even though she had asked for explicit instructions about how to care for the birds, Sarah found her mother’s notes to be vague and confusing.

You don’t know the word explicit, but by reading the words “even though,” you can tell that what Sarah found in her mother’s notes was the opposite of explicit. The word vague is a cognate of the Spanish word vago, meaning “imprecise.” So, explicit is the opposite of imprecise. You used your knowledge of antonyms and cognates to learn that the word explicit means “precise.” 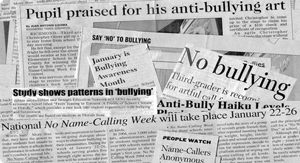 If a word is difficult or foreign enough that the writer believes it will be unknown to most readers, the writer will offer a definition within the context for the reader. Sometimes, though, even the definition provided by the writer might pose a problem to a reader. You can use your knowledge of cognates to improve your comprehension of the defined word. Read the example below.

The article states that bullies don’t act blithely, or without consideration.

The word blithely is a difficult word; it is defined as “without consideration.” You can use your knowledge of cognates to help you to understand the word consideration.

Now it’s your turn. Read the excerpt below from the article “Top 5 bullying myths: What you don’t know about bullying.” When you are finished, answer the multiple-choice questions about each of the highlighted words. 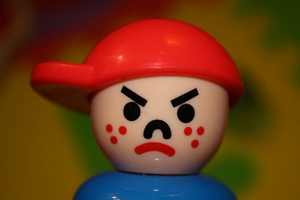 (1) You’ve probably seen a lot in the news about bullying. (2) From a bus monitor taking abuse from students, to a six-year-old singing an allegedly inappropriate song in the lunch line, to the latest study about teens online, it seems that every day there’s a new story about bullies, victims, or anti-bullying efforts. (3) By now, you might figure you know the topic inside and out. (4) But a lot of what you think you know about bullying is probably wrong.

(5) 1. Bullies lash out because they have low self-esteem.

(6) You’ve heard this theory before: The classroom bully acts aggressively toward others as a way to compensate for the fact that, deep down, he really doesn’t like himself. (7) This may be a satisfying explanation for bad behavior, but numerous studies show it to be untrue. (8) Indeed, research shows bullies feel just fine about themselves; some studies suggest that they have excess self esteem and feel better than others. (9) (Some researchers speculate that this is one of the ways they rationalize their behavior.) (10) This doesn’t always mean that bullies lead a blithely carefree life, however. (11) The Centers for Disease Control has found that bullies are more likely than other students to experience violence at home.

Now, using your knowledge of cognates and context clues, answer the following questions that correspond to the numbered sentences in the excerpt.

a. not acceptable, or not OK.
Correct!

a. doesn’t have an opinion about it one way or another.
Try again.


b. has an idea she believes to be true.
Correct!

a. make up for it.
Correct!

a. not enough of it.
Try again.

a. make an educated guess about it.
Correct!


b. don’t understand it.
Try again.

a. make excuses about why it is acceptable.
Correct!


b. they apologize for it.
Try again.