Understanding an article or essay sometimes means looking past mere words on a page to the choice and arrangement of those words in order to analyze the way a writer expresses herself. The choice and arrangement of words make up a writer’s style. Style encompasses many different elements, including syntax (the order in which words are put together), diction, and tone. These elements can help you make inferences and draw conclusions about what you read. Read the passage below from Sarah Vowell’s essay “Shooting Dad” about the author’s relationship with her father (no, she doesn’t shoot him). 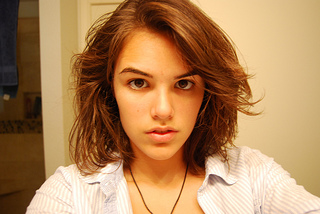 Source: She’s mad I tell you, That One Chick Mary, Flickr

Our house was partitioned off into territories. While the kitchen and the living room were well within the DMZ, the respective work spaces governed by my father and me were jealously guarded totalitarian states in which each of us declared ourselves dictator.

What can we learn about the author’s relationship with her father from the style of her writing? Because the author uses words related to war and aggression—“DMZ,” “territories,” “totalitarian,” “dictator,” and “Shooting Dad,” we can assume they weren’t getting along at the time. Even the length of the sentences can tell us something. The first sentence is short and matter-of-fact. The second sentence is quite long, going into detail about the warlike atmosphere at the author’s home. It draws the reader in and makes one want to read on, but more than that, the long sentence mimics the lengths that the author and her father went to in order to separate themselves from each other.

Let’s briefly review the elements of tone and diction before we discuss syntax in depth. 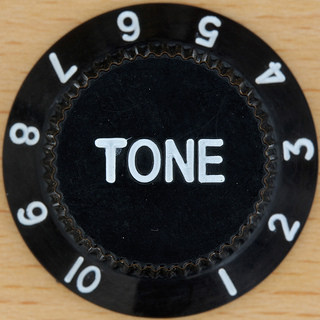 The tone of a piece of writing tells you the writer’s attitude toward a subject. Readers often think of nonfiction as using only a formal tone, but nonfiction writers employ many different tones to engage their readers. Some tones common to informational texts are humorous, serious, grim, businesslike, formal, amusing, cheerful, and sympathetic.

The tone and attitude of a piece are directly impacted by the words a writer chooses. For example, upcoming problems are often described as “looming.“ 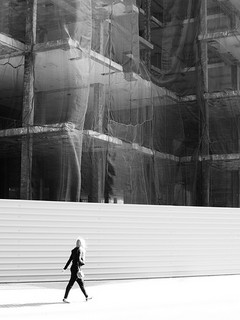 Look at these two sentences:

These sentences mean the same thing, but the words used in the first sentence create a sense of urgency in the reader. It’s not just a problem; it’s a crisis! This problem isn’t just coming; it’s looming over us like a sinister shadow. The connotations, or emotions, associated with words help a writer establish the tone of a piece of writing. In the previous example, the word “problem” is relatively neutral, but “crisis” gives a sense of urgency. Also, the word “looming” is supposed to instill a sense of dread in the reader. If you need further information about how to understand connotations of words, you can refer to the lesson “Denotation and Connotation.”

For more review on recognizing an author’s tone and diction, you can refer to the lesson “Diction/Tone.” Now, take a look at the picture below. 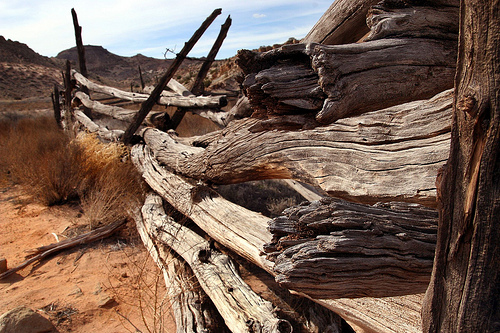 Read the following descriptions, noting the writer’s tone and diction.

What an eyesore! Rotting wood and falling fence posts are not the image we want to project for our family ranch. We should take care of this fence.

This fence represents a simpler time when our great-grandparents first started ranching and knew how to make the most of what they had. We should take care of this fence.

Using your notes, answer these questions about each description: What does the sentence “We should take care of this fence” mean? How do you know? When you are finished, check your understanding to see sample responses.

As you noticed, the sentence “We should take care of this fence” is vague and non-specific. The writer doesn’t say explicitly what “take care of” means. However, by analyzing the tone and diction of the descriptions, we can determine the point the writer is making.

In the next section, we will begin our discussion of syntax.