In an essay, the difference between factual information and personal comment is sometimes unclear. For our purposes, the marginal cases are not crucially important. What is important is the distinction between when the author is present in the content of the essay and when the essay content is objective, meaning that the author has not been influenced by personal feelings or opinions in representing the facts. Now read this passage from David Dubber's essay, “Crossing the Bar on a Fiberglass Pole.” 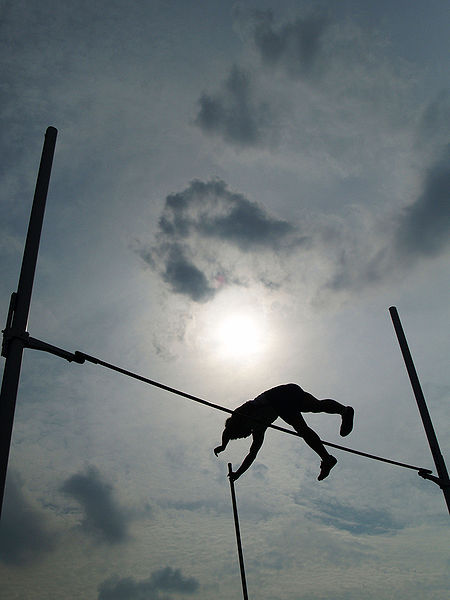 Source: Pole vault Its all for this moment,
Gio JL, Wikimedia

A one-hundred-foot asphalt runway leads to a metal shoot and metal standards and a crossbar. Behind the shoot rises a pile of foam rubber scraps. This is the pole vaulting field at the 1963 S.I.A.C. (Southern Indiana Athletic Conference) Track and Field Meet. The stands are filled.

Compare the passage above with one that appears later in the essay. 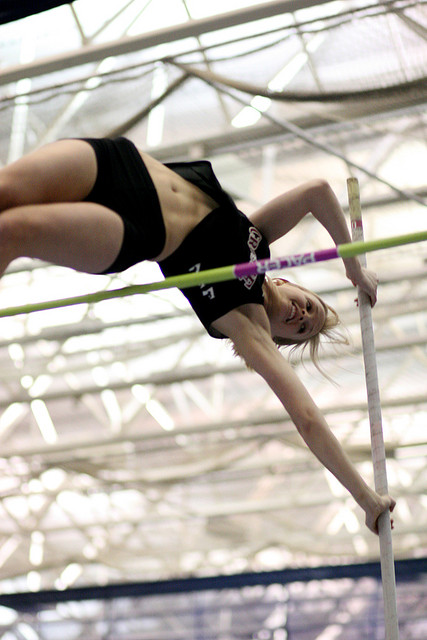 I stiffen my arms, and the fingertips, tired and pained, become the only things supporting my weight on the pole. I push off with tiny stiff fingertips, pulling my elbows up, back, and over; I throw my head back as my weak fingers barely clear the bar. I let go of all tension and let my body fall easily, down, and backward–sinking into the soft white mass, seeing only the dark blue sky. Wait! Not only the dark blue sky, but also a crossbar lying across the tops of two standards up there in the heavens, quivering a bit perhaps, but not falling, not in a thousand years.

Which of the passages is presented objectively–as “just the facts”? In the first paragraph, the description gives no clues about who is describing or why. The description is purely factual.

On the other hand, the second passage gives us a feeling that the author is present. Most of the information is given from the author’s point of view and could only be known by the author. Someone sitting in the stands could not know that Dubber’s fingertips are “tired and pained” or that when he lands he sees “only the dark blue sky.” The information in the second excerpt is about Dubber’s experience. You couldn’t look up this kind of information in a reference book. 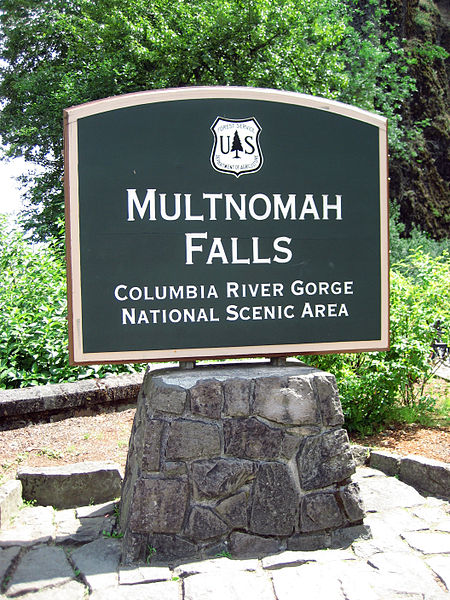 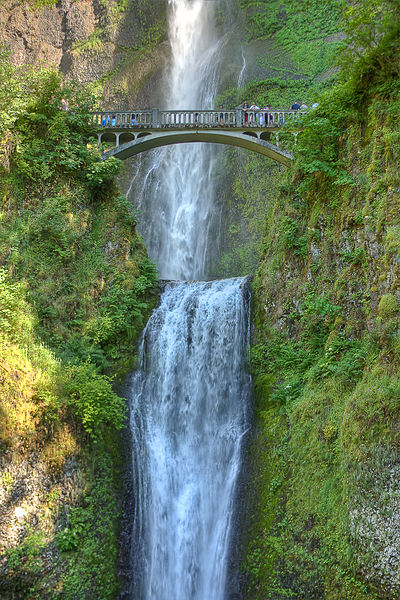 Read the phrases below from an essay about Multnomah Falls (a waterfall near Portland, Oregon). Decide whether the voice is factual or personal in each.

Telling the difference between factual information and personal comments in short passages like those above is usually not too difficult. When you read a longer passage, however, what is personal and what is factual may become more difficult to sort out.

Since the point of most essays is to present a personal perspective or idea about something, they are composed primarily of personal comments. That does not mean, however, that essays don’t have plenty of factual information–some much more than others.

Read the following passage from Barry Lopez’s essay “My Horse.” See if you can identify the factual information woven into the personal content of the text. Click on the sentences that seem “primarily factual” to you.

You probably noticed that several phrases from this excerpt are in a gray area in which partially factual information contains a personal slant. For example, you might object that “dirty tan” is not the manufacturer’s color term but one the author made up, and you would be correct. Also, you could probably not verify that the antenna was torn off on a mountain road or that “high-centering” caused the dents in the oil pan—but the existence of real damage could be confirmed in each case.