As with hyperbole, understatement also occurs in poetry and other genres.

Remember that understatement deliberately downplays a situation’s importance and that writers often use it to achieve an ironic or humorous effect. Consider these examples: 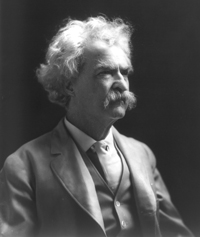 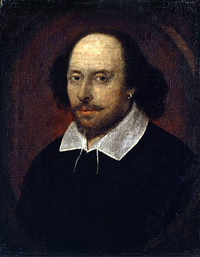 
Mark Twain: “The report of my death was an exaggeration.”


Mercutio in Shakespeare’s Romeo and Juliet (speaking of the stab wound that will kill him): “’tis not so deep as a well, nor so wide as a church-door, but ’tis enough, ’twill serve . . .” (Act III,
scene i)

Robert Frost’s poem “Fire and Ice” is often cited as an example of understatement. Before you read the poem, think about the meaning of the last word of the poem, “suffice.” To suffice is “to adequately meet or satisfy a need.“ For example, you might say, “A brief note will suffice” or “These rations will suffice until next week.” Now read the poem and look for at least one example of understatement. 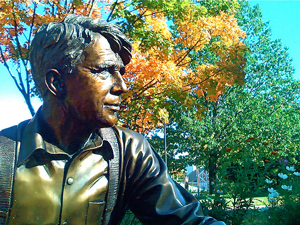 Some say the world will end in fire,
Some say in ice.
From what I’ve tasted of desire
I hold with those who favor fire.
But if I had to perish twice,
I think I know enough of hate
To say that for destruction ice
Is also great
And would suffice.

“Fire and Ice” was published in 1920 shortly after the conclusion of World War I. Using your notes, answer these questions about the poem. When you are finished, check your understanding to see some possible responses.