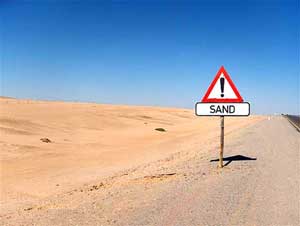 Understatement is the opposite of hyperbole. Consider the following quotation:

Understatement “deliberately says less than what you actually intend.”

—Ann Longknife and K.D. Sullivan, The Art of Styling Sentences

In their book, the two authors quoted above provide the following as one example of understatement: describing a very wise woman by saying, “She’s no fool.”

The speaker’s goal is to stress the woman’s intelligence by stating the negative or opposite. Emphasizing that a wise person is “no fool” calls attention to what’s actually being said—“She’s very much on top of things”—even though a fool is the opposite of a wise person.

Like hyperbole, understatement can be found in literature, movies, and everyday conversation. Consider the examples below. The red text emphasizes the irony of each understatement.

From history: “It is nothing.”

From literature: “I have to have this operation. It isn’t very serious. I have this tiny little tumor on the brain.”

—Holden Caulfield in J. D. Salinger’s The Catcher in the Rye

In a movie: “There has been an incident on Praxis.”

—Brigadier Kerla upon the destruction of Praxis in Star Trek VI

In the historical example, the Archduke is speaking his last words but refers to his wound as “nothing.” Because the Archduke was heir to the throne of Austria-Hungary, his death in Sarajevo was partly responsible for Austria-Hungary declaring war on Serbia, which in turn led to World War I.

In the example from literature, Holden trivializes a dangerous operation through understatement. He characterizes a brain tumor as not “very serious” when it could be life-threatening. In stating the opposite, he effectively suggests the gravity of his condition. 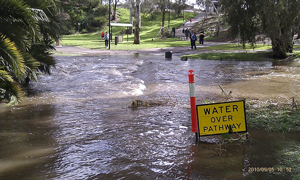 In the example from a movie, the speaker minimizes the obliteration of the Klingon moon Praxis by referring to it as a mere “incident,” when in fact, the explosion has devastated the Klingon world’s ozone layer. The deliberate and ironic understatement communicates that this was far more than an “incident” or casual occurrence.

Remember, someone who says or writes an understatement intentionally downplays the facts. Two examples follow.

Sometimes understatement seems almost like a joke. In this first example, it seems funny to say that Einstein, one of the most intelligent people of the twentieth century, was “pretty smart.” The understatement emphasizes the unspoken truth: “Einstein was a great genius.”

Understatement: It wasn’t much fun to have three of my teeth pulled without anesthesia.

Real message: It was horrifying and painful to have three teeth pulled without anesthesia.

While it’s true that having teeth pulled without a numbing agent is “not much fun,” someone who just went through the experience would probably use stronger words than that. If someone understates the truth by saying that the event “wasn’t much fun,” assume that the experience was fairly awful, maybe even terrifying.

Now practice identifying and understanding understatement. Click on the meaning for each understatement from the list of options below each question. 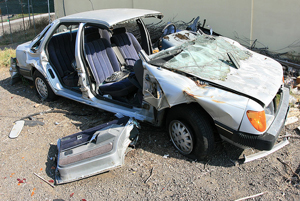 A “pre-owned car”: a euphemism for a used car (or, in this case, a clunker)


The term “euphemism” comes from the Greek for “good words.” The late comedian George Carlin often included euphemisms in his stand-up routine. For example, he suggested “impact management system” might stand for the simpler and more direct “seatbelt” or “air bag.” He said that the term “direct marketing,” which sounds professional and legitimate, might refer to the junk mail that many people immediately chuck into the garbage.

To remember understatement, think of the students who claim their test grade was “OK” when they actually earned a perfect score of 100. They are understating such an accomplishment.