Both of the texts that you will have a conversation with relate to appreciation of the night sky—the stars, the planets, and the moon. How many people have had the experience of seeing a night sky filled with thousands of distant lights? On the other hand, how many people don’t really care about the night sky at all and would prefer to have a few more street lights to lighten the darkness?

Poet Walt Whitman lived from 1819 to 1892, a time when someone stepping out of any public building on a clear night could probably look up and see a sky full of stars. At least this seems to be the case from his description in the poem “When I Heard the Learn’d Astronomer.” 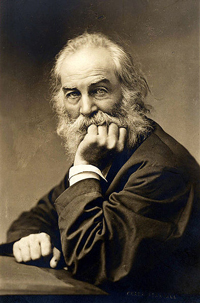 While there are still places where one can step out of a public building in the United States and see lots of stars, these places are fewer than in Whitman’s time. For example, few such places exist in New York City, which is the setting for the second text you will read, an article from the New York Times titled “A Shared Vision to Dazzle Urbanites With the Night Sky.”

As you read the two texts, think first about your individual conversation with each text. What do you connect with in each one? Where do you have questions? What seems interesting? Once you have had this individual conversation with each text, get ready to have a conversation among the three of you. What do these texts say to you and each other? What is similar? How do the similar elements change because of the difference in genre (i.e., a poem versus a newspaper article)?