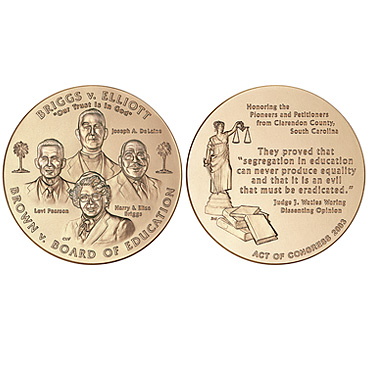 The purpose of making connections about the things you read and synthesizing ideas from multiple sources is to help you with drawing conclusions or with forming your own opinions about ideas based on evidence. A perfect example of a situation in which it is important to synthesize ideas from many sources is elections. When you cast a vote in favor of a candidate, whether in an election for class president or president of the United States, you are probably relying on conclusions you have drawn about what type of leader the candidate will be, and those conclusions were most likely based on information from many different sources.

In this lesson, you have identified varying viewpoints among different sources about the experiences of people involved in the historic civil rights movement in this country. Using your notes and the information from the graphic organizers you have completed, answer the following question about what you have read in this lesson. As you do so, synthesize information from at least three of the sources you have read and provide evidence from those sources. When you are finished, check your understanding to see a possible response.

Many of the sources you’ve read are about granting civil rights to African Americans at the right time or waiting for the right moment to act. Is there a “right” time to act when it comes to doing the right thing?

All of the sources are about the “right” time to act, even the modern-day articles. Sometimes, doing the “right” thing is hard, and there may really be a better time to act that is less harmful to people. I think that’s what the Alabama clergymen were hoping for: that people would come to see that the civil rights movement was necessary if they were given enough time. However, John Lewis and Jackie Robinson saw it differently because they felt like African Americans had waited too many years already. The article about the prom also illustrates a situation where most of the country would see the integrated prom as ridiculously overdue, but I’m sure that there are people in that town who were afraid of what would happen, so they, too, would caution to “wait.” We should always work to do the right thing, but in situations where violence is happening or could happen, it may be wise to try to find the right time to harm the fewest people.